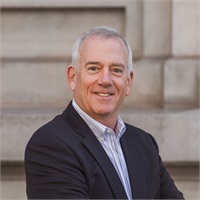 Cliff joined Old Port Advisors in 2021 as a Senior Advisor with primary responsibility for his clients’ overall financial planning and portfolio management.  Prior to joining the firm, Cliff was the founder and President of Elder Planning Advisors of Maine, Inc. where he led the planning and investment process since its founding in 1996.

Cliff entered the Financial Services profession in 1983. In 1990, his passion for assisting retirees and those transitioning into retirement led him to specialize in the area of practice known as “Elder Planning.” This singular focus allows Cliff to maintain a high level of competence and expertise in those areas most essential to his clients. He believes in the importance of on-going advice to guide his clients with some of the most significant financial decision of their lives.

In addition to his professional duties, Cliff has served on many local and national boards and committees involving seniors’ and retirees’ issues including the Southern Maine Agency on Aging, Legal Services for the Elderly, and the Governor’s Task Force on Long-Term Care Financing.  He has written numerous articles, presented educational sessions to a variety of public and professional audiences and has appeared as a guest on local radio and television programs throughout his career.

Cliff enjoys outdoor sports such as biking, running and hiking as well as live music. He is a private pilot and pursues his love of flying as often as time allows. In a parallel life, Cliff spent over 25 years in the Navy and Naval Reserves where he served as a photographer and salvage diver until he retired in 2003. Cliff lives with his wife, Laurene, in Cape Elizabeth and St. Petersburg, Florida.